Whether you’re a fly-half who enjoys gaining your side a territorial advantage through kicking or a speed demon of a full-back, the correct tools on your feet can definitely help to improve performance on the rugby field. Some of the best rugby boots for backs come with features that offer enhanced speed, traction and comfort, whilst still standing up to the rigours of the modern game.

I have put together a list of some of the best rugby boots for backs that are currently available, ranging in price, style and performance. Backs will generally cover more ground during an 80-minute match, while forwards are more focused upon rucking, mauling and big hits. As a result, those in the back line should look out for a lightweight boot that’s going to perform well for kicking as well. Let’s get things underway by looking at the first product in my list.

These boots are perfect for wingers and full-backs who love nothing more than flying past opponents with the ball in hand. The supreme lightweight nature of the boot allows for faster acceleration and explosive stepping and the mesh upper allowing for breathability at the same time.

The speed traction outsoles really helped me to achieve excellent traction in tight spaces, plus the sprintframe ensured that my feet stayed as close to the ground as possible, as well as offering a good amount of support. A 10mm heel raise delivers dynamic foot positioning, also making them a good option for scrum and fly-halves.

The Malice’s sock construction around the ankle allows for lock-down at all times when on the field, as well as enhancing protection in such a crucial area of the body. Blade-shaped plastic studs provide fantastic grip for those on dry ground and a soft ground model is also available, featuring a mix of plastic and metal studs for added traction in wet and muddy conditions.

Available at a good price, the Adidas adizero Malice is a good option for those across the backline, however, the lacing system means that kicking is not quite so easy when compared to other boots. Adidas has developed one of the more modern styles of rugby boot, looking great at high speed on the field.

Fly-halves will love the Tiempo Legend 7 Elite from Nike, the boot of choice for England 10 Owen Farrell. A mixture of leather and Nike’s flyknit technology helps to form a hugely comfortable upper. I found that the huge surface area in this part of the boot allowed for a more accurate kicking percentage during testing, which was a great addition.

A compressed nylon and pebax sole plate deliver excellent durability and stability, and flywire cables in the upper also ensure for maximum lock-down of the feet. The Legend 7 Elite is also available in both firm ground and soft ground options, with the stud configuration differing on each, making them suitable for both dry and wet pitches. Nike’s anti-clog system also makes sure that no unwanted mud gets stuck between studs.

Despite not being as lightweight as some of the boot discussed due to their leather upper, the Tiempo has long been a favourite for rugby players due to their durability and minimalistic design. The price point does mean that they sit at the top end of the market, however, the quality of materials used means that they are an excellent investment.

The Legend 7 Elite is available in a range of colourways, meaning that whether you are a winger looking to stand out from the crowd or a centre looking to go unnoticed as you break the line, Nike has all bases covered.

The CoreSpeed Force 3.0 is designed for those who enjoy creating on the field, with the 3D, printed external layer of the boot allowing for excellent feel both when on the ground and when kicking. I found that the synthetic leather on the upper ensured for great comfort during testing, plus the off-set lacing system helped to deliver a huge kicking surface.

Charged cushioning footbeds absorb impact when hitting the turf, as well as converting this into energy, which allowed me to quickly reach my maximum speed during a rugby game. The soleplate of the Force 3.0 is designed to move alongside the natural movements of the foot, perfect for those who enjoy sidestepping past opponents.

A reinforced shank offers just the right amount of stability in the forefoot, as well as adding to the durability of the boots. Weighing in at 212g per boot, Under Armour deliver one of the lightest rugby boots on the market today, and their clever stud configuration allows for good traction in all conditions.

The Force 3.0 has a very traditional feel in terms of its style, unlike some of the “flashier” boots around today. The price point also means that they are an excellent option for a range of players, including beginners. The boots are available in both a firm ground and soft ground option, ensuring that all bases are covered when it comes to both dry and wet pitches.

You should have found something to suit your needs when on the rugby field from the boots discussed above, however, there are a number of things that you must think about before making your final decision. All of the following points are likely to have an impact on which boot you ultimately decide to go for, with each affecting their suitability to your game and demands.

As previously mentioned, manufacturers now produce boots for different surfaces, such as those playing rugby in wet and muddy conditions requiring more grip and durability, and those regularly taking to dry and hard fields should be on the lookout for a more lightweight and cushioned boot. Some boots nowadays also come with a mixture of plastic and metal studs, meaning that those not wishing to buy more than one pair are generally catered for.

Those placing in the backs will generally want to be as streamlined as possible, meaning that a boot should be relatively tight-fitting, along with a small amount of room in the toe area for movement. As well as this, some rugby boots are available in different widths, meaning that they cater for both narrow and wide feet.

The materials found on a rugby boot are certain to have an effect on both their performance and durability, with a synthetic or mesh upper likely to be more lightweight than a product made from kangaroo leather.

As a result, it is important to focus upon what your biggest demands from a boot are, with a leather boot providing better durability and comfort, while a mesh option will allow for better speed.

Your disposable income is likely to determine your budget for a new pair of rugby boots, however, it is also worth taking into consideration the amount that you plan on playing.

Those training every now and then are unlikely to need a top of the line boot featuring the latest technology, with a cheaper price, durable boot perhaps being more suitable.

Can I use football boots to play rugby?

Many rugby players will have played football in the past at some level, or plan to also play the beautiful game alongside rugby. There are many crossovers between the two, meaning that you may be able to get away with using the same boot for both sports.

The materials used on the upper of rugby boots are likely to be the same as those found on football products, as only the stud configuration potentially differs. It is important to purchase a boot that can withstand the demands of the two, however. 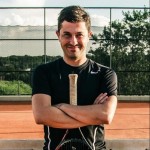 Tom is the annoying one who is good at any and seemingly every sport! Tom has played county level for golf, cricket, tennis AND rugby. He plays a high standard of club football and enjoys all sports.